Fourth meeting of the Steering Committee of IIOE-2

Fourth meeting of the Steering Committee of IIOE-2 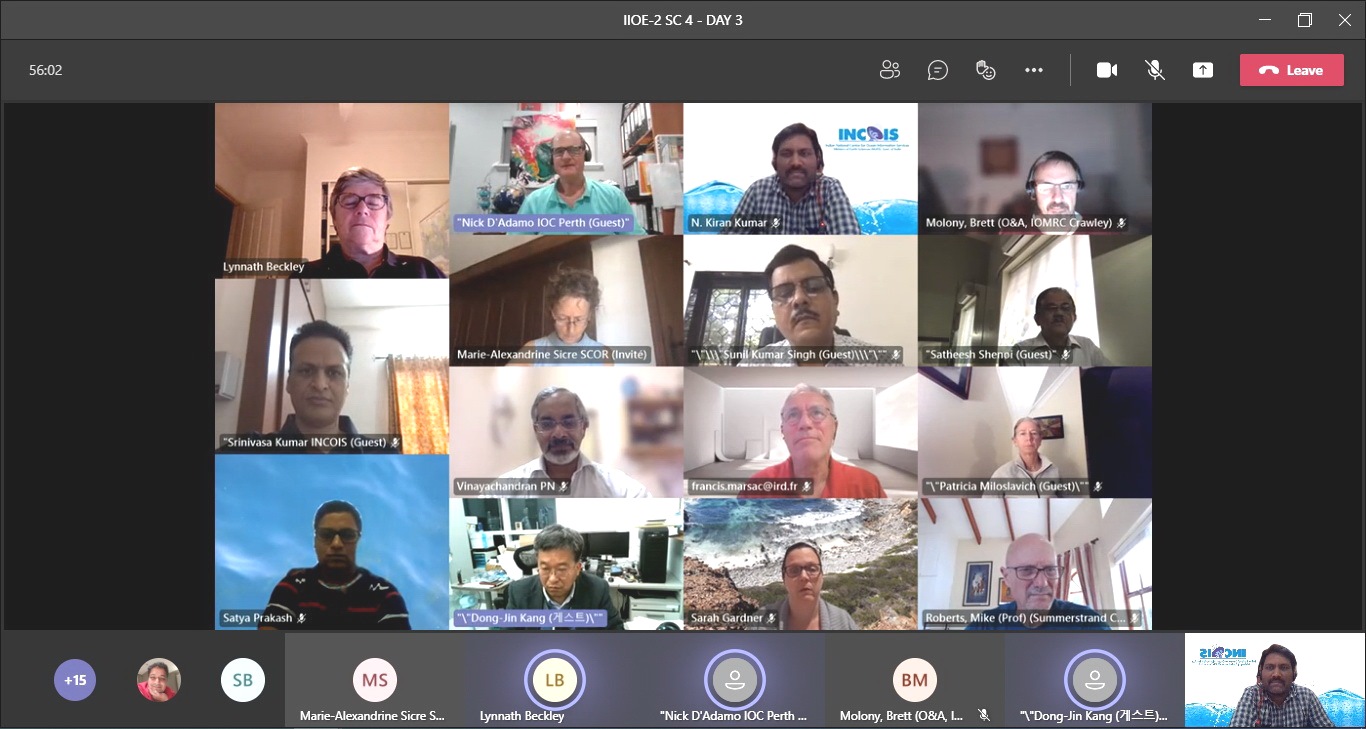 The fourth meeting of the Steering Committee of the IIOE-2 was organised virtually from the 12-15 of April, 2021 by the IIOE-2 Joint Project Office (JPO) through its respective nodes at the Indian National Center for Ocean Information Services (INCOIS), Hyderabad, and UNESCO IOC Perth Programme Office. The meeting was chaired by Marie-Alexandrine Sicre (SCOR) and Satheesh Shenoi (INCOIS), co-chairs of the Steering Committee of the IIOE-2 with Vladimir Ryabinin (IOC). Marie-Alexandrine (France) succeeded former co-chair Peter Burkill (UK) who stepped down in October 2020. Over 70 participants representing more than 45 organisations from 14 countries attended the three-day meeting.

A full agenda and links to the background documents including the presentations can be found at: https://iioe-2.incois.gov.in/IIOE-2/SC4_agenda.jsp

Reports on national activities were delivered on the first day by the chairs or representatives of IIOE-2 National Committees. The progress reports of the three Working Groups, WG1 (Science and Research), WG2 (Data and Information Management) and WG-3 (Operational Coordination) presented by the respective CoChairs or representatives highlighted the important achievements in regard to the publications, data management and related operational aspects.

Dr. Vladimir Ryabinin, Executive Secretary of the IOC of UNESCO and Assistant Director-General of UNESCO, as well as one of the Co-Chairs of IIOE-2 provided an update on the UN Decade of Ocean Science for Sustainable development and feedbacks on IIOE-2 endorsement request.

During Day 2 and 3 of the meeting, the progress reports in respect of the six science themes were delivered by the respective chairs/co-chairs. This was followed by presentations from invited projects, the Early Career Scientists Network, and results of the GEOTRACES project in the Indian Ocean.

An open Science Symposium was held on Day 4, with six long (15 minute) talks and seven flash (5 minute) talks on a diversity of topics including features of the Southern Bay of Bengal, Indian Ocean fisheries and variability, biological oceanography in upwelling regions, ocean circulation, climate change and extreme events in the Indian Ocean, among others. 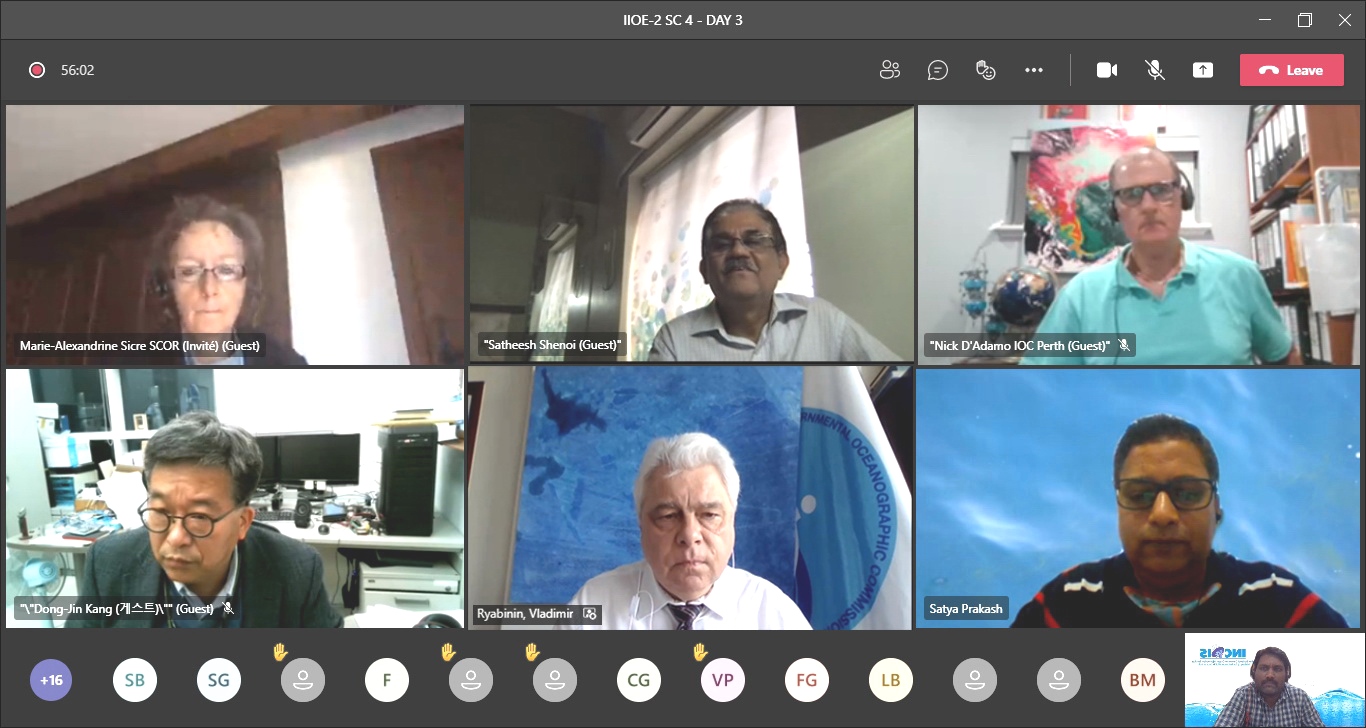