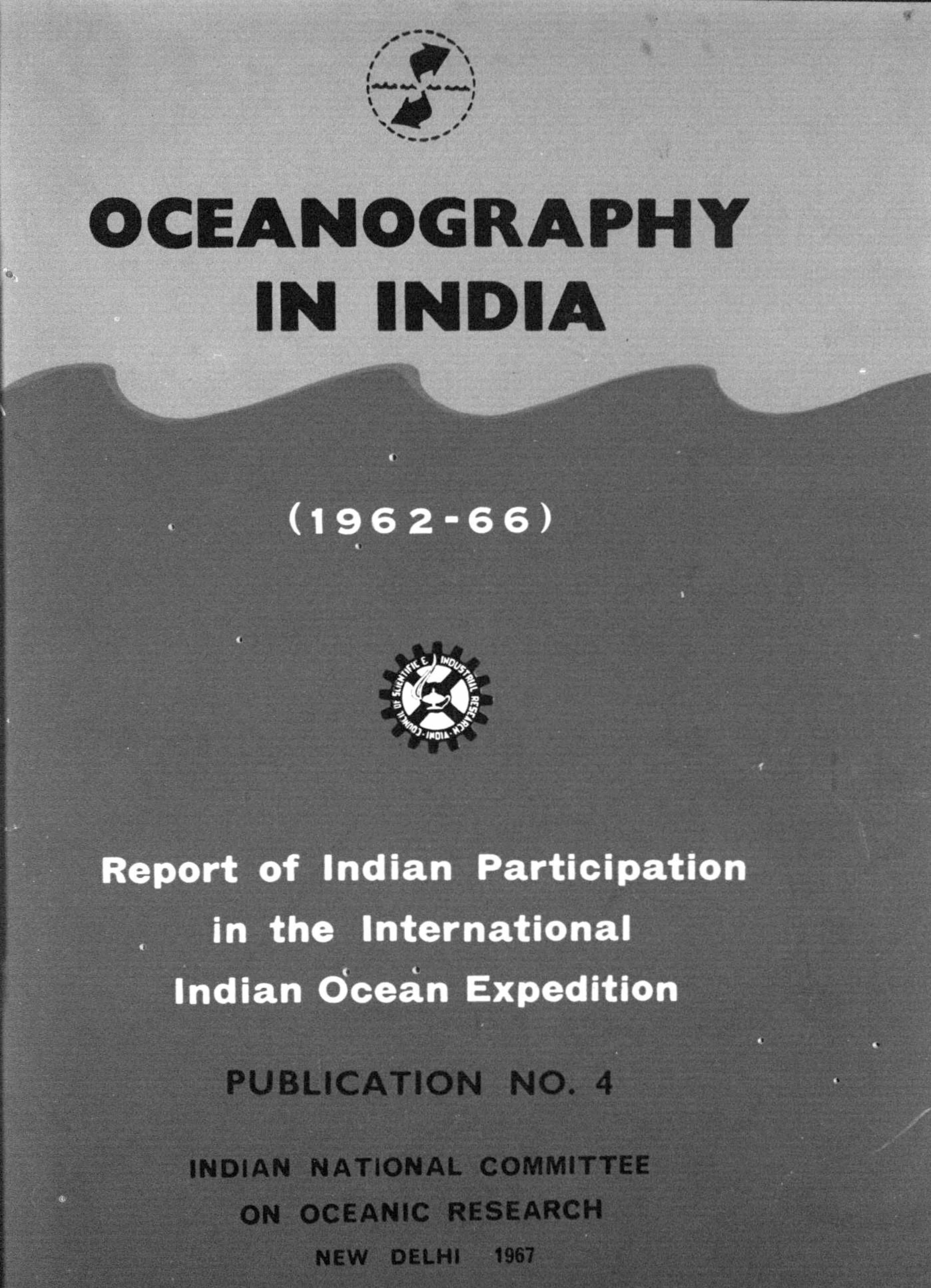 
The planner of IIOE also recognized the importance standardization and calibration. It was, therefore, also suggested that, during the first two years of the expedition, participating countries should encourage standardization of equipment and methods of analysis and data logging so that the results obtained by different ships would be comparable. 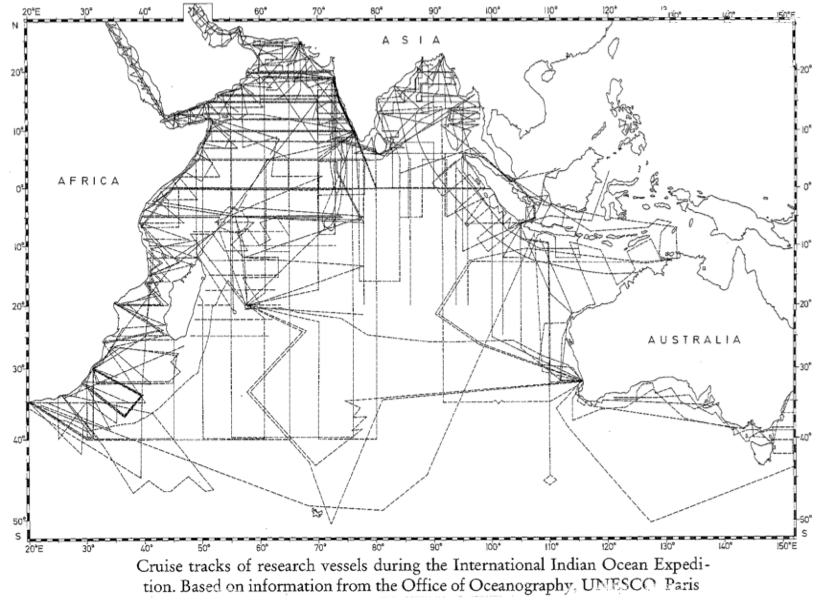 Since SCOR endorsed this proposed Expedition, scientists from different countries such as Australia, France, Federal Republic of Germany, India, Japan, South Africa, UK, the USSR and the USA began to discuss and plan their participation. India also participated and contributed big way in IIOE under the leadership of Dr. N.K. Pannikkar, who was also a member of SCOR during that time. On his advice Government of India established Indian National Council for Oceanic Research (INCOR). INCOR not only co-ordinated India's participation at IIOE but also became a focal point for oceanographic related research in the country. Four Indian ships, namely INS Kistna, INS Varuna, RV Conch (Uni. of Kerala) and FV Bangda (Min. Food & Agriculture) participated in the expedition. The cruise tracks and programme of work were planned in such a way that a large part of coastal areas in the Bay of Bengal and the Arabian Sea were covered. Indian participation in IIOE resulted in establishment of various function units to address different facets of marine science.

The expedition also provided opportunities for organizing seminars in which many young scientists from different parts of the country and senior scientists from abroad participated. As a finale to all this activity, a training programme was organized at the postgraduate level to train junior scientists in the practice of oceanography as a multi-disciplinary science, during January-March 1966 at Bombay (now Mumbai). The culmination of IIOE also led to birth of National Institute of Oceanography at Goa, the first dedicated institute for oceanographic research. All the activities that were started during Indian participation of IIOE were merged into NIO.

Most of the above content is derived from (http://www.docstoc.com/docs/2201151/A-brief-history-of-oceanographic-studies-in-the-Indian-Ocean-47). For further details please refer the original report.