The twin Expeditions [IIOE2-EP14] & [IIOE2-EP15] had two primary objectives: (a) geophysical and geological investigations in the northern (oldest) part of the Ninety East Ridge, and in the area of intraplate lithospheric deformation in the Central Basin characterized by high seismicity and heat flow; and (b) study of equatorial counter currents in the western part of the Indian Ocean, with CTD and ADCP measurements between 3°S and 3°N along two meridional transects (65°E and 68°E). In addition, samples were collected along the expedition route for determination of the concentration of polychlorinated biphenyls (PCBs), organochlorine chemical pesticides (DDT and metabolites), mercury, synthetic radionuclides 90Sr, 137Cs, 239,240Pu etc. in the water, hydrobionts and sediments, aimed at assessing the state of the ecosystem in the study area. Cytometric and bioluminescent studies of micro-, nano-, pico, and femtoplankton in the surface water column constituted another component of the work programme. Samples were also collected for measurements of the concentration of greenhouse gases and hydrogen in the water column, marine sediments and atmospheric surface layer. 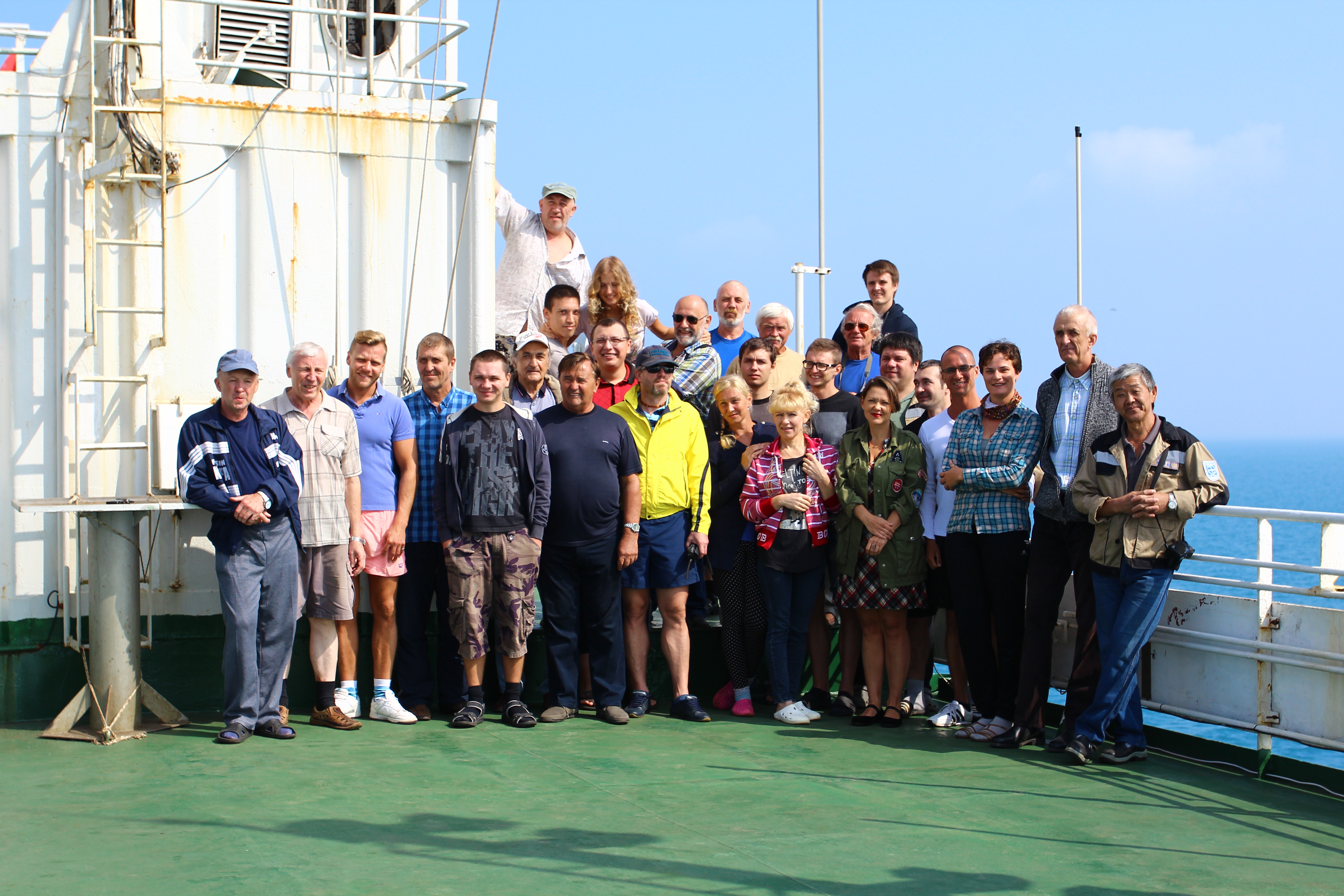 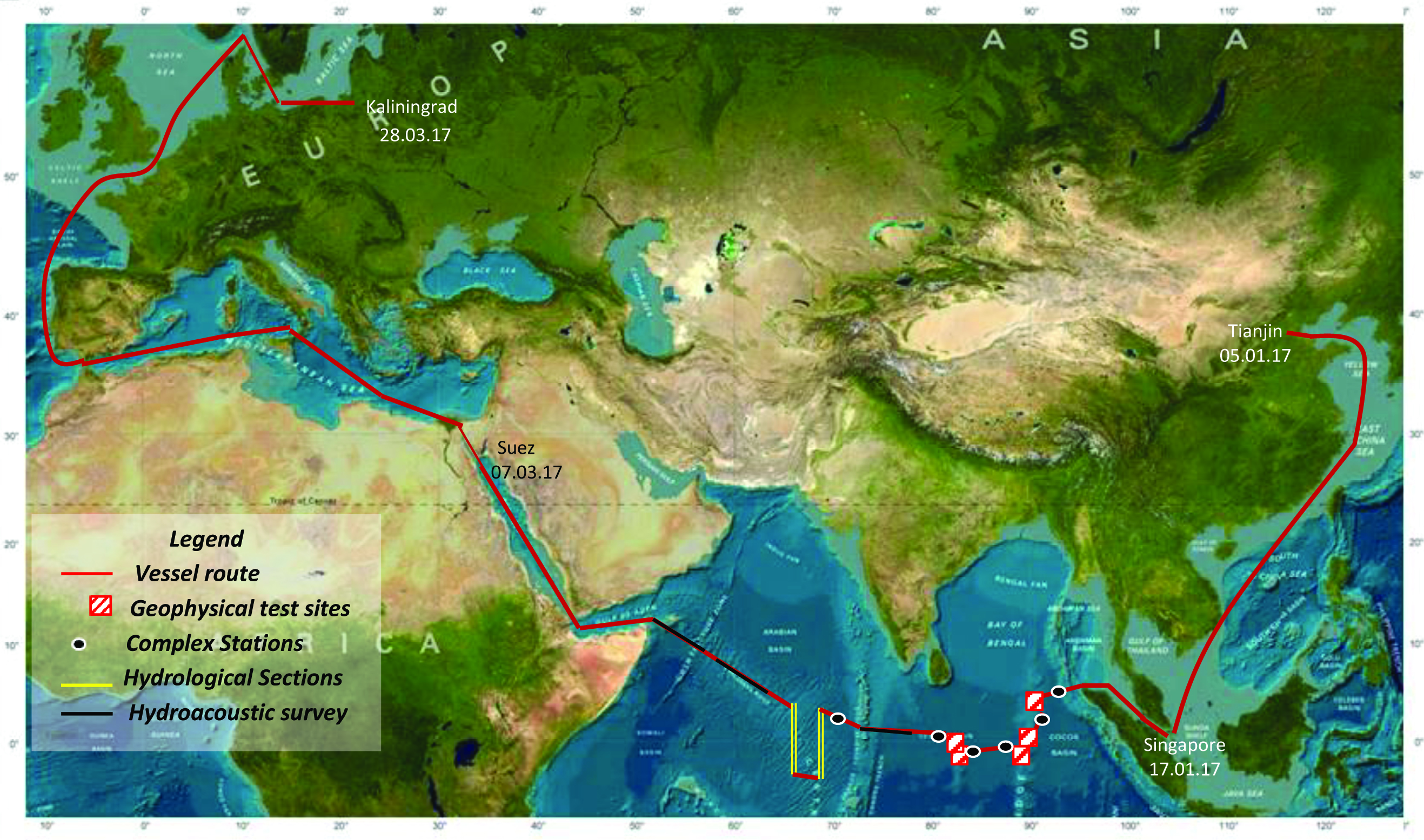