The GEOTRACES-INDIA cruise was successfully undertaken along the GEOTRACES section GI-10 in the Bay of Bengal, Andaman Sea, Indian Ocean and the Arabian Sea between 28 January and 03 March 2017 on board ORV Sagar Kanya. During the cruise, water, sediment and aerosol samples were collected from 25 stations, besides 51 CTD casts with trace-metal clean seawater sampling system, for studies on the biogeochemical cycles of trace elements and their isotopes. In addition, McLANE water pumping system was used for the first time to collect particulate matter at different depths from five stations. 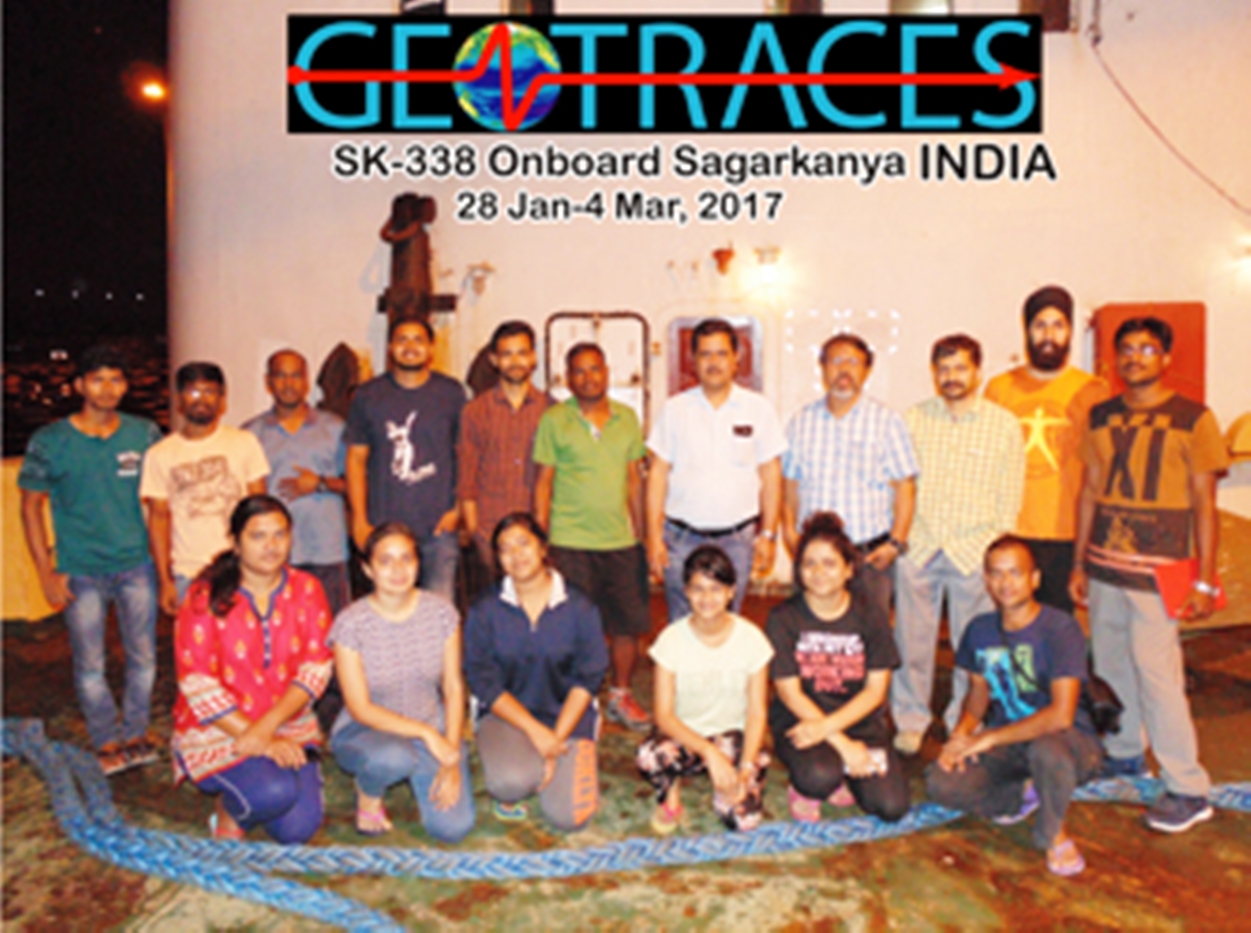 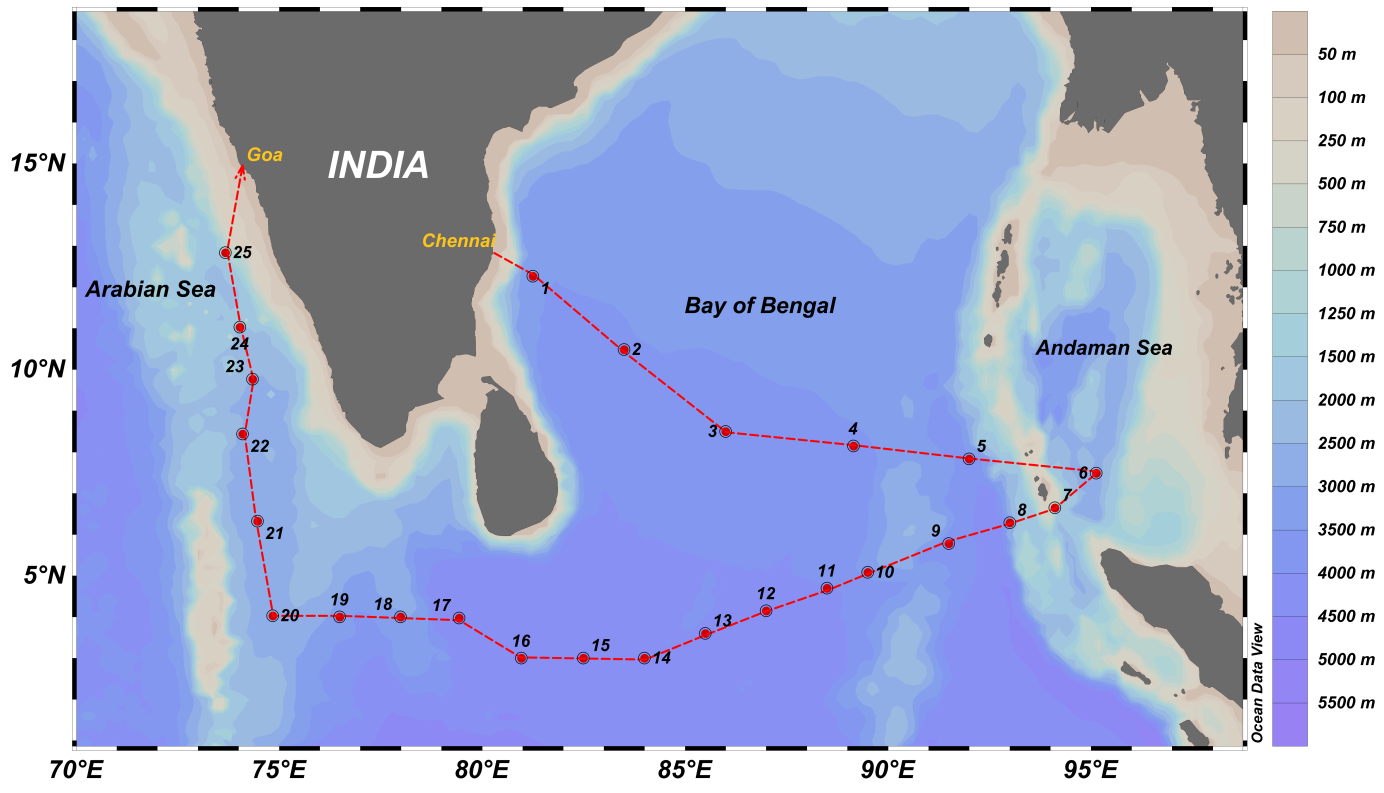