The first WIOURI cruise endorsed by IIOE-2 was successfully undertaken on the Madagascar Ridge (MAD-Ridge) on board RV Antea, between 9 November and 15 December 2016. The cruise focused on two seamounts on the Ridge - the Walter Shoal at 33oS with a shallow summit depth of 18 m and an unnamed seamount just south of Madagascar at 27.5oS that has a deeper summit depth of 264 m. The first leg of the cruise along perpendicular transects crossing over the summit of the unnamed seamount measured the hydrodynamics, hydrology and the lower trophic levels (phyto and zooplankton) around the seamount - including S-ADCP, L-ADCP, CTD profiles, seawater sampling for biogeochemistry, and plankton net hauls - all at regularly spaced stations. The latter comprised bongo 300 and 500 μm nets and a multinet with 5x200 μm nets. Other size classes of plankton were collected using a driftnet (63 μm) and a surface Manta net (330 μm). Two bottom mounted ADCP moorings each with 400 m thermistor arrays were deployed on the upper slopes (600 m) of the seamount.

Leg 2 focused on a reduced area around the seamount and had two main objectives: (1) improving the spatial resolution of physics observations around the seamount (from 30M away to the summit) and (2) investigate the spatio-temporal distribution of biological organisms using multi-frequency acoustics and mesopelagic trawls. Current- topographic interactions were investigated using high resolution transects comprising discrete surface to bottom CTD casts complemented with a high resolution CTD and fluorescence survey using a towed undulating Scanfish (0-120m). Trials to measure small-scale turbulence were performed with a Vertical Microstructure Profiler deployed close to the moorings as references to assess energy transfer between different scale processes. 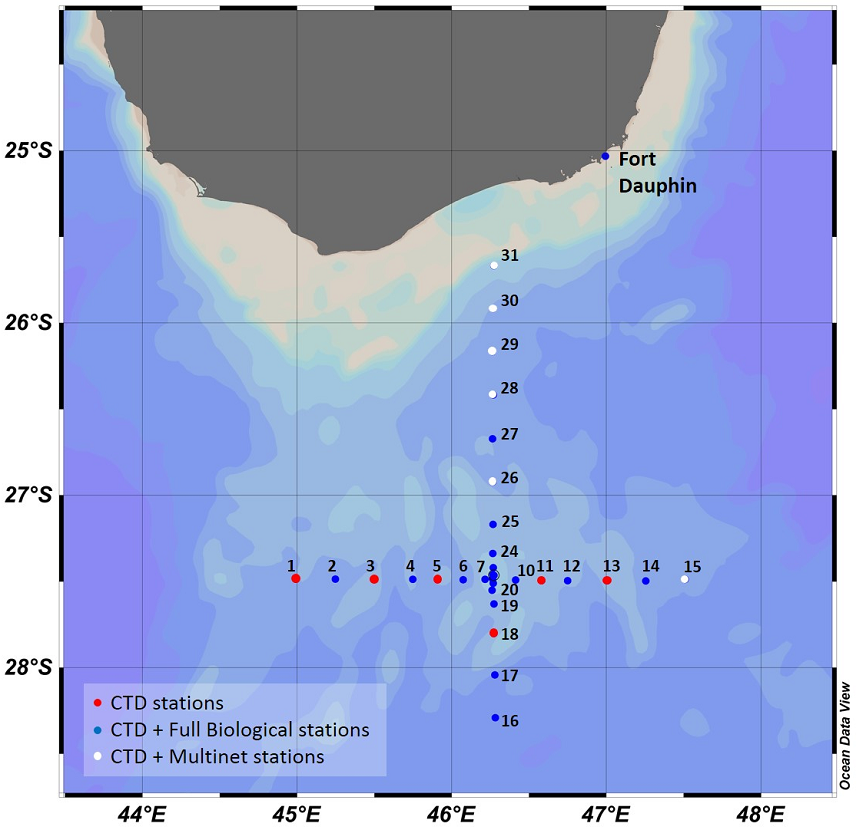 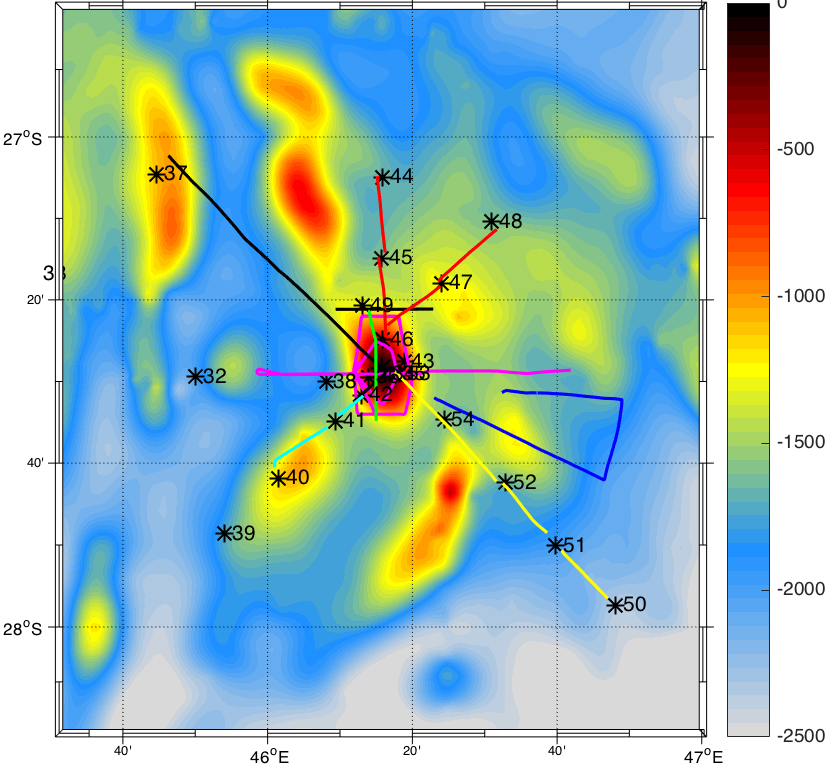