Close on the heels of the formal launching of the five-year long scientific activities of the Second International Indian Ocean Expedition (IIOE-2), the first scientific cruise of IIOE-2 on board the Indian Research Vessel Sagar Nidhi was flagged off from the Mormugao (Goa) harbour on the evening of 4th December 2015 by Shri Y. S. Chowdary, India’s Minister of State for Science and Technology and Earth Sciences. The expedition led by Prof. P. N. Vinayachandran of Indian Institute of Science (IISc), Bangalore and Dr. Satya Prakash of INCOIS, concluded at Mauritius on 22 December 2015 after 18 days of sustained observations and data collection in the western Indian Ocean enroute to Mauritius. Besides twelve scientists from six national research institutions and the Goa University, there were participants from Mauritius, Israel, Singapore, Australia and the UK.

The major goal of this multi-disciplinary scientific expedition was to understand the structure of the water masses in the western Indian Ocean along 67°E longitude and to assess the difference in their characteristics with respect to observations made in the past. The water masses from Red Sea, Persian Gulf and northern Arabian Sea have been observed in this part of the Indian Ocean at different depth layers. Underwater profiles of current, temperature, salinity, oxygen, light and chlorophyll were measured during the cruise. In addition, water samples were collected to a depth of 1000m for various chemical and biological analyses. Samples of zooplankton were collected using nets towed behind the stern of the ship.

It is expected that the data collected during this first step of IIOE-2 will help us to understand the currents and water masses in the western Indian Ocean and thus further our knowledge of the oceanography of the Indian Ocean. 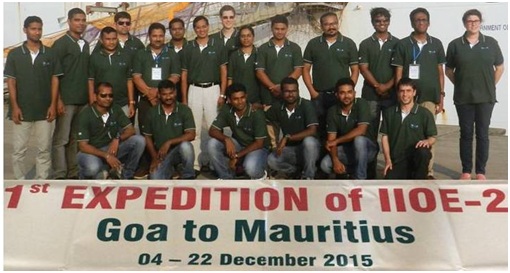 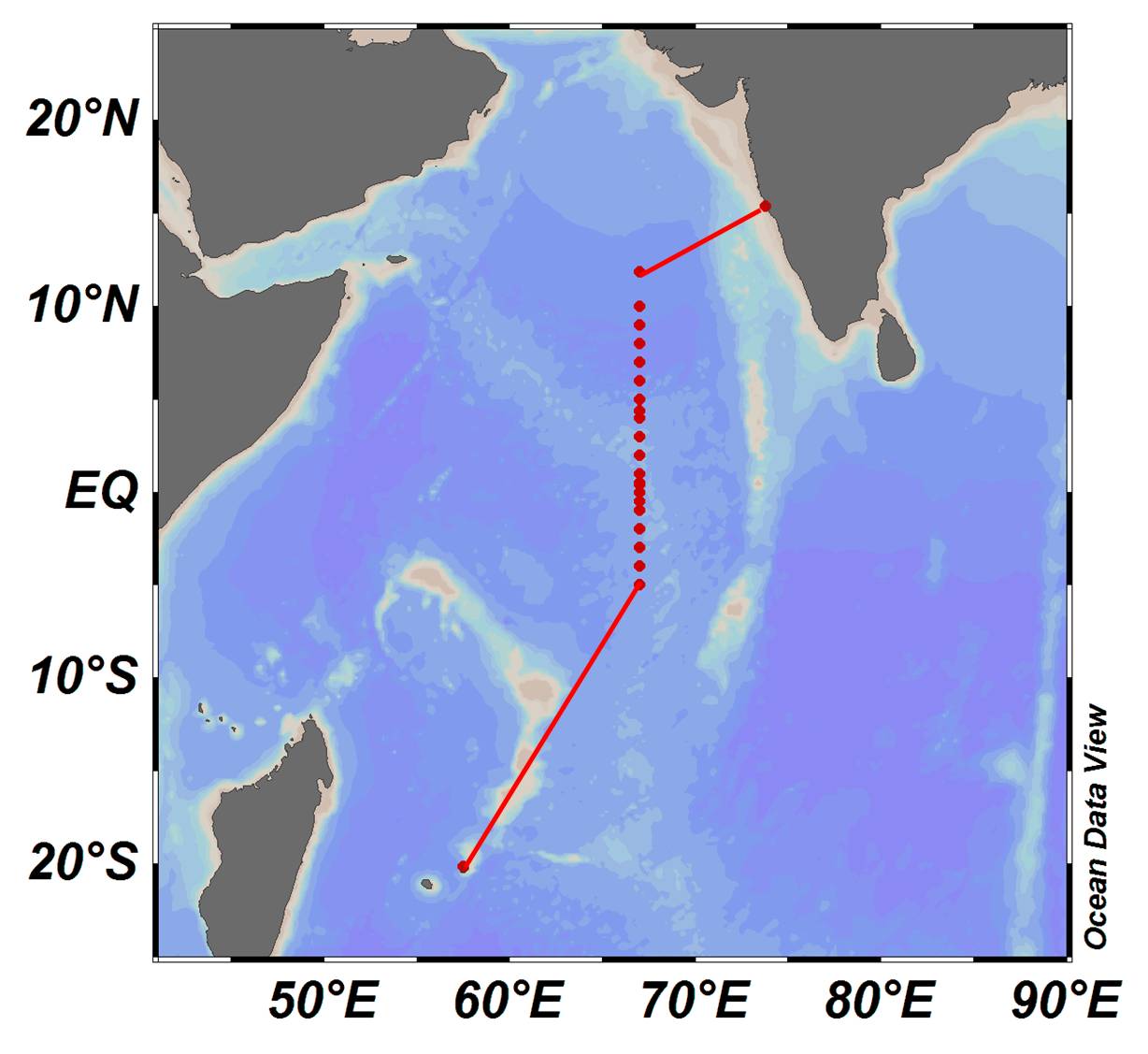